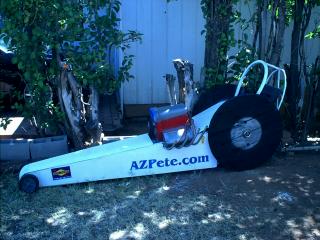 Born and raised in Montana. Spent most of the time there in the Western part. Now live in Arizona.

Served in the U.S. Army for over 22 years. Retired as MSG/E-8. Highest award received was Defense Meritorious Service Medal.
4 tours in Europe -

Worked in a variety of positions, mostly in communications/electronics and computers, but was also a Motor Sergeant. Click here to see more about my Army career.

Baseball - Have a local team, finally, Arizona Diamondbacks Congrats to them for the NL West Championship in 2007.

Fishing - every chance I get

Computers - love to try all sorts of combinations to get better performance out of them and build pc's out of parts I find laying around.